You are here: Food & Drink > The Daffodil 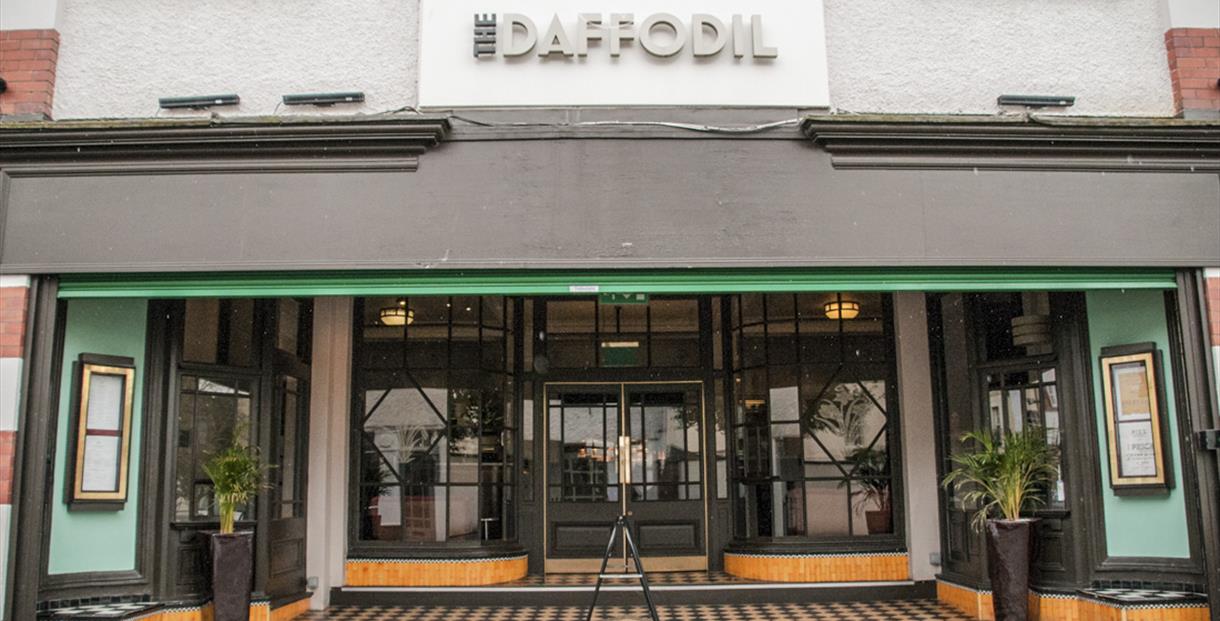 The Daffodil began life as Cheltenham’s first purpose built picture palace, opening its doors to the public on the 5th October 1922 with a continuous showing of the Hollywood silent movie Thunderclap starring Mary Carr.With its contemporary Art Deco style and exuberant individuality The Daffodil was an instant success and despite its impressive 750 seat capacity screenings had to be increased from one showing per week to twice-daily to cope with visitor demand.

The salubrious surroundings included a lounge area in the upper circle where visitors could relax before the main feature, perfume vending spritzers in the ladies powder room, and the country’s first ‘kissing seats’. These ingenious double seats, situated on the end of each isle, were specifically designed for courting couples and could be reserved in advance which needless to say proved extremely popular!

The silent-movie era was quickly followed by the introduction of “talkies” and in 1930 a sophisticated sound system replaced the existing orchestral accompaniment. During World War II British Pathe newsreels were shown daily however, with only one reel provided for all six cinemas in town and a bicycle as the only means of delivery, screenings were occasionally delayed due to punctures!

Nowadays, The Daffodil, is a fine dining art deco brasserie with Champagne and cocktail bar laid out over two floors with a seasonal British menu and occasional live jazz band.