You are here: Food & Drink > The Ivy Montpellier Brasserie 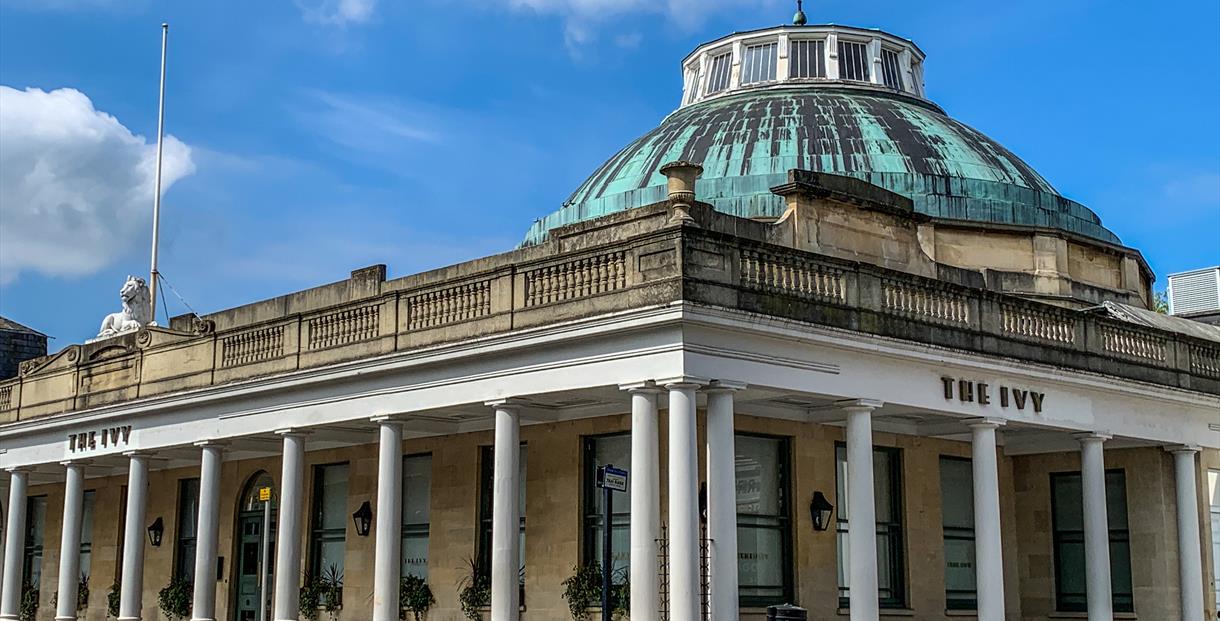 As autumn arrives, The Ivy Cheltenham is adding a selection of warming dishes to the menu. The specials include the warming White Onion Truffle Soup and a seasonal Wild Mushroom and Truffle Linguine. The restaurant has also added a delicious new luxury dessert, Coconut Panna Cotta, for those with a sweet tooth.

History of The Ivy Montpellier Brasserie

This building was the original ‘Montpellier Spa’ opened in 1809 by Henry Thompson and replaced by the current building designed by George Allen Underwood in 1817. The Rotunda dome was added by J N Papworth in 1825-6. After the spa waters went out of fashion, the Rotunda served as a concert and dance hall. It became a bank in 1882 and since 1926, Lloyds Bank. The Ivy chain began operating from the building in 2017 and much to the delight of the buildings many fans they retained many of the original features of the spa including the impressive Rotunda dome and some of the bank features such as the old vault doors.