You are here: Food & Drink 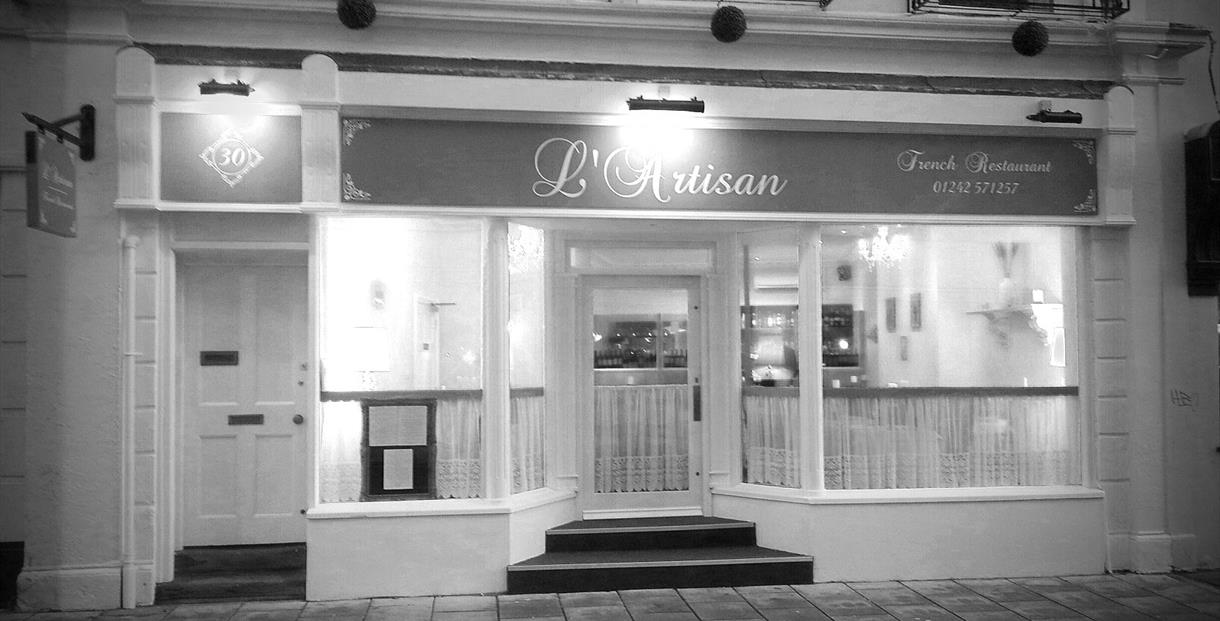 Chef de cuisine, Yves, and his wife, Elisabeth, established L'Artisan in May 2013 and have been bringing French cuisine and culinary technique to residents for a number of years. Yves and Elisabeth met in Toulouse and continued their culinary journey together across the South Eastern region of France taking in Grenoble and Avignon, as well as successfully running resturants in Paris. In 2005 the couple left France and opened their first establishment in Leicestershire as 'La Table d'Yves' and received awards and great reviews galore. Now, with L'Artisan well established in Cheltenham, Yves and Elisabeth have been foraging their latest masterpiece and Leicestershire's loss has been our gain. L'Artisan represents a new take on French cuisine. Yves and Elisabeth have worked hard to take the best of traditional French recipes and dishes to create them with a modern twist which has allowed Yves to exercise his falir when it comes to technique and presentation.

Yves talks of taking produce and ingredients that customers and familiar with and then using skill, knowledge and experimentation to find new ways of devliering a modern twist on traditional French cooking. A visit to L'Artisan is to experience the warm and welcoming atmosphere with Elisabeth hosting guests and managing the restaurant with the exemplar team of waiters that understand the cuisine, produce and techniques, a true mark of professionalism. The restaurant itself emits understones of France, with crisp tableclothes and precision placed cutlery, yet an air of relaxed informality exists having removed all of the stuffiness of fine dining and creating an environment that is fit for laugher, romance and company all in partnership with stunningly good food.

The menu of L'Artisan presents great experiences from fresh fish and seafood, to traditional escargots a restaurant whereby the dishes they serve exude exceptional flavours and are presented with masterful skill. The ability to crete such dishes is often associated with a cost that leaves the bill payer reaching for something to provide relief to imminent heart burn / failure. Yet, L'Artisan has mastered the ability to create dishes that are nothing short of magnificent at a cost that one could justify as an everyday resurant.

L'Artisan is the winner of Best Service 2018 at the Cotswold Life Food and Drink!

200 yards from the Art Gallery Museum and Tourism Information