You are here: Things To Do > The Brewery Quarter 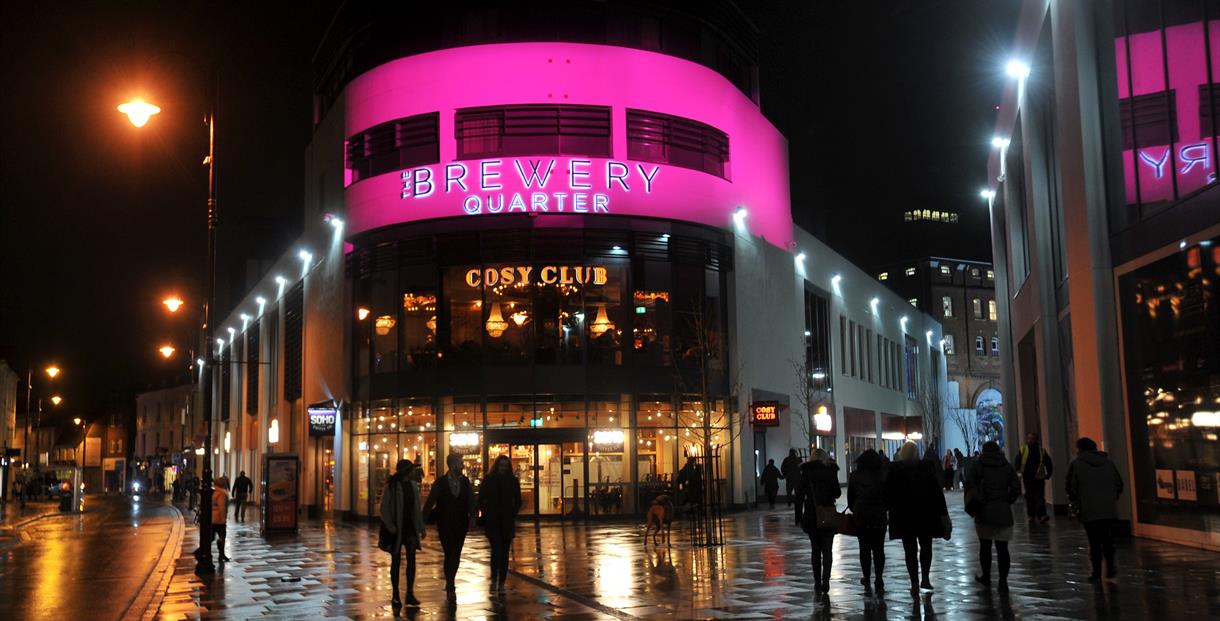 The Brewery Quarter prides itself on being a 'one-stop shop where you can shop-dine-stay and play!'

It can be found at the end of the High Street and is a hub of things to do and see including leisure attractions, restaurants, bars and shops. Newly extended to open the bottom of the High Street into a cool hub, the complex features a Town Centre Premiere Inn where you can stay.

Founded in 1760 when it was known as Gardner's Brewery, the company was registered as The Cheltenham Original Brewery in 1888 and became Whitbread Flowers Brewery in 1963. Brewing ceased in 1998.

It was Cheltenham’s first proper brewery when it was founded in 1760 by local maltster and baker, Thomas Gardner. Gardner’s Brewery flourished and expanded and in 1888 was registered as Cheltenham Original Brewery Ltd. However, people had been brewing their own ale and malt since medieval times because it was safer to drink than disease-borne water.

The Brewery Quarter has been an entertainment and leisure venue since the early 2000s and was revamped and reopened in 2017.

What can you expect at The Brewery Quarter Cheltenham?...

The Brewery Quarter is a nucleus of big name eating brands, from Five Guys to Cosy Club, Son of Steak, The Botanist and Nando's to name a few. There are also bars offering a relaxed vibe, including The Brewhouse & Kitchen. The latest restaurant, opening August 2020, is The Alchemist Bar & Restaurant. Exciting restaurants to look out for in Summer 2021 include Mowgli Indian Street Food and Hubbox, a South West burger and beer brand.

Great for kids and adults, The Brewery Quarter is home to Mr Mulligan's, Hollywood Bowl, The Playfarm soft play which offers laser tag parties, a large gym with pool - Everlast, plus a 14-screen state-of-the-art recently refurbished Cineworld cinema – including three VIP screens, a multi-sensory 4DX screen and an IMAX screen - showing all the latest blockbusters. Escape Hunt opened in December 2020 and provides groups of up to six people an exciting hour of fun to escape one of five of their themed rooms.  F45 boutique fitness studio is the newest venue to open in April 2021.

The Brewery Quarter also regularly organises an activities and events within the complex itself, including live music and family friendly entertainment which are worth keeping an eye out for on via our What's On pages.

Over the last couple of years The Brewery Quarter has also attracted some well known stores including Urban Outfitters, Luke 1977 plus Tesco and Wilkinsons.

Although the complex itself is full of things to do, it is also surrounded by a number of Cheltenham's independent shopping streets, with second-hand books shops and specialist hobby shops including craft and sewing. There are some hidden gems along these streets, including some exceptional independent eateries which are worth seeking out!

* Please note, that opening times may vary from venue to venue. If you are making a journey to visit a specific venue, please check their opening times.

Cheltenham is located 10 minutes off junctions 10 (southbound traffic only) and 11 of the M5 motorway and on the A40 from London and Oxford. A NCP carpark is located directly across the road.  To find it using sat nav enter the post code GL50 4EJ for Monson Avenue.

For more information about the NCP car park, click here.

The Brewery Quarter is located in the heart of Cheltenham town centre. If you’re in the centre of town it’s on the Western end of the High Street, just a short stroll from the Promenade.

If you’re walking from Cheltenham race course look out for the distinctive famous art deco sculpture ‘The Celluloid Ladies’ on the corner of The Brewery Quarter on St Margaret’s Road.

The Brewery Quarter is situated opposite St Mary’s minster – the oldest building in Cheltenham – look out for the spire! 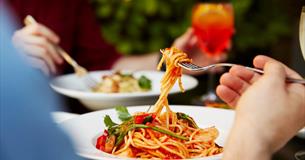 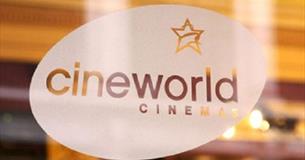 Cineworld Cheltenham, CheltenhamAt The Brewery Quarter you’ll find an 14-screen state-of-the-art recently refurbished Cineworld cinema – including three VIP screens, a multi-sensory 4DX screen and an IMAX screen - showing all the latest blockbusters. Perfect after a successful day of shopping or a meal at one of the many… 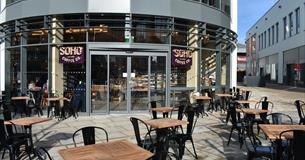 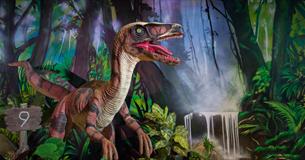 Mr Mulligan’s, CheltenhamMr Mulligan’s Lost World Golf in Cheltenham is the companies most extravagant venue to date, showcasing the wildest of adventures through the unknown elements of planet earth. Onsite cafe and bar lends itself well to golfers to enjoy after a game. 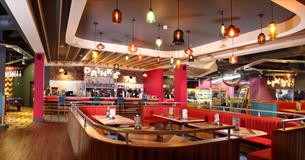 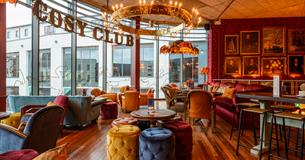 The Cosy Club, CheltenhamCheltenham Cosy Club is located on the High Street and is part of The Brewery Quarter. Serving brunch, lunch, dinner, cocktails and coffee. Be sure to book a table to avoid disappointment. 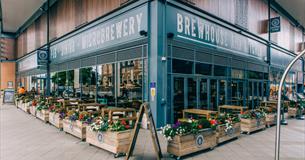 Brewhouse & Kitchen, CheltenhamA great selection of food and beers with many different seasonal choices along with a wide range of draught and bottled beers and excellent wine by the glass or bottle... 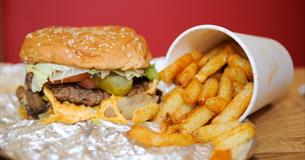 Five Guys, CheltenhamThe place to get a fresh, juicy burger with all the toppings you could stuff between fresh-baked buns. 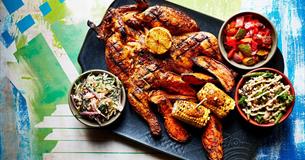 Nando's, CheltenhamYou’ll be spoilt for choice with a mouth-watering menu offering chicken on or off the bone, scrumptious burgers, wraps and pittas, with a selection of sides, salads, starters and sharing platters. 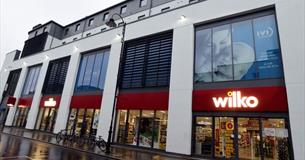 Wilko Cheltenham, CheltenhamWilko's bring you the best deals and promotions on the products you need, when you need them... 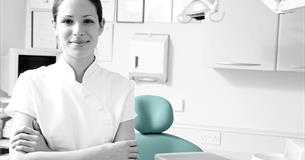 My Dentist, CheltenhamIf you’re looking for a new dentist, My Dentist would love you to join them. They offer quality NHS dentistry for you and your family. They also offer a range of competitively priced private and cosmetic dental treatments... 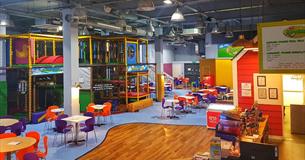 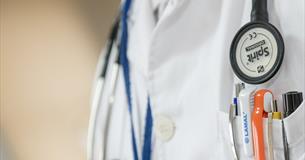 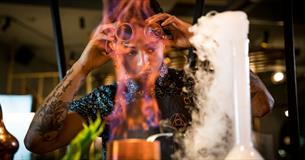 The Alchemist Bar & Restaurant, CheltenhamThe Alchemist is a cocktail bar & restaurant that celebrates molecular mixology, alchemy and craftsmanship. Drinks are served in all manner of vessels with theatre, panache and a healthy sprinkling of magic.

Escape Hunt, CheltenhamEscape Hunt opened at The Brewery Quarter in December 2020. Escape Hunting involves teammates losing themselves in incredible new worlds, taking on pulse-racing missions and challenges created by the Escape Hunt Studios team. Groups have to work together to follow a series of fiendishly clever…