You are here: Information > Product Catch All > Cirencester 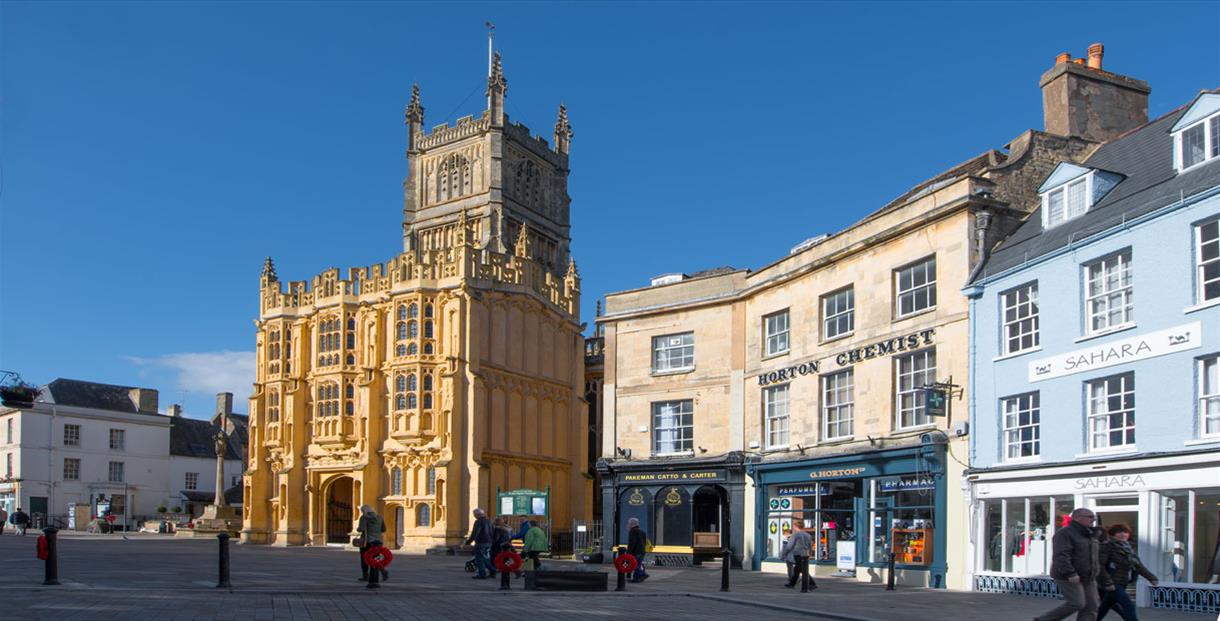 This is a place with ancient origins. The Roman fort, later town, of 'Corinium Dobunnorum' was an important region (there's still an atmospheric grassed over amphitheatre), mentioned by Ptolemy (as 'Korinion') in his Geography, written about AD150. All this makes the award-winning Corinium Museum very much more than the average town museum. The Church of St John Baptist dominates the town's market place, in 'woolgothic' style (a reference to the importance of income from the wool trade in medieval times). The porch is a landmark building built by the abbey in 1490 and designed to serve as a public meeting place as well as the main entrance to the church. It's unusually grand and it could be called Britain's first office block - with business conducted at street level, local guilds occupying the first two levels and later service as the Town Hall. Today the population is around 20,000 and the town is an important tourism and craft centre. It has an arts centre with workshops in a converted brewery, and there are regular craft and antique fairs and auctions. There are open spaces too: the Abbey Grounds and the extensive 18th century parkland landscape of Cirencester Park, in the Bathurst family's ownership for over three centuries.