You are here: Things To Do > The Roman Baths 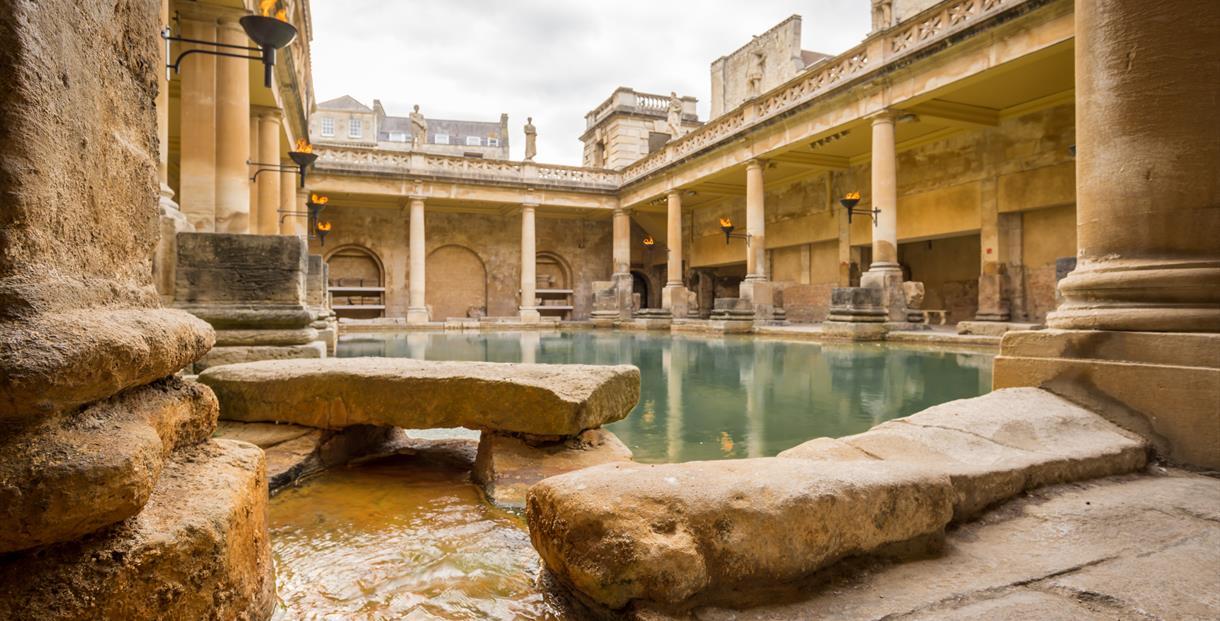 Covid-19 update: The Roman Baths is due to reopen on 17 May 2021 (dependent on Government restrictions).

The Roman Baths is located at the heart of the World Heritage City of Bath. Here, the Romans built a magnificent temple and bathing complex on the site of Britain’s only hot spring, which still flows with naturally hot water.

Walk around the steaming Great Bath where people bathed nearly 2,000 years ago, see the ruins of the temple of Minerva where Roman worshippers gathered, and explore the fascinating Roman Baths museum.

Costumed characters bring to life the stories of past inhabitants. You might meet a Roman lady called Flavia, slave girl Apulia, stonemasons Sulinus and Brucetus, or a travelling merchant named Peregrinus.

Award-winning audioguides in 12 languages are included in the admission price. You can use your own headphones for the audioguides if you wish. There is a special audioguide for children, narrated by Michael Rosen, and a ‘Bryson at the Baths’ version featuring commentary from Bill Bryson.

During the 18th century Bath became a fashionable place for the wealthy to visit and the Grand Pump Room was built above the remains of the medieval and Roman baths to enable visitors of the time to meet and take the waters. Today, the magnificent Pump Room Restaurant serves coffee and afternoon tea accompanied by live music.

There are two shops selling interesting and exclusive gifts – many with a Roman and Georgian flavour – as well as guidebooks, postcards, prints and mini bottles of spa water. One of the shops is at street level and can be visited independently of the Roman Baths.

Concessions, child and family tickets available. Tickets must be booked online in advance.