You are here: Things To Do > Gloucester Guildhall 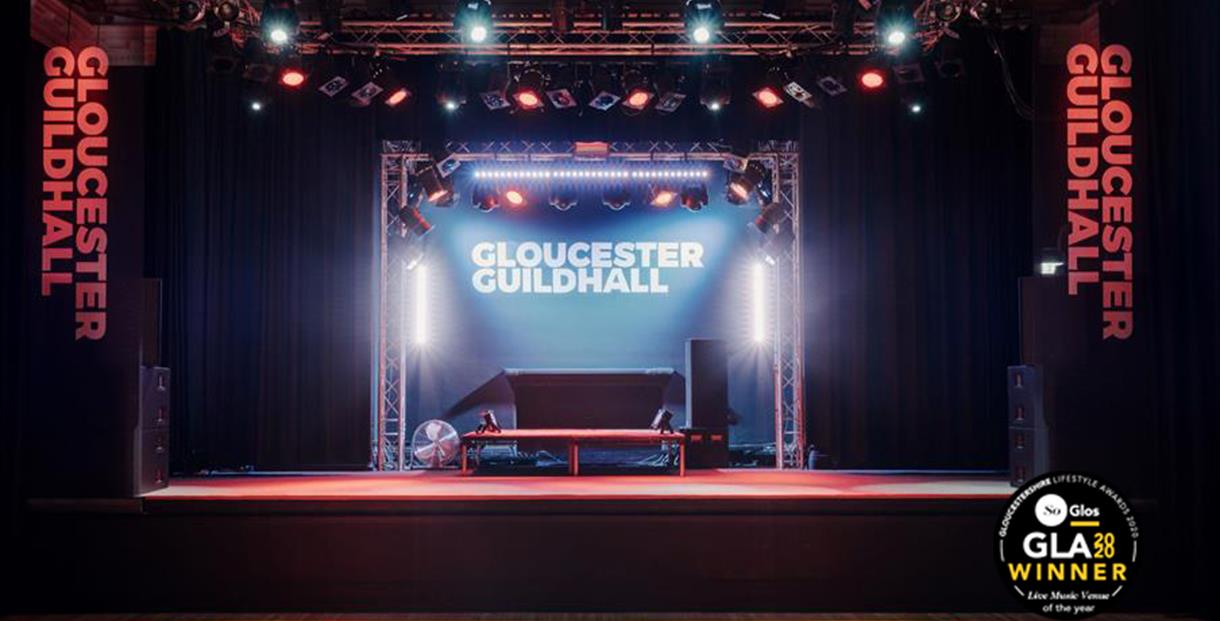 Located right in the heart of the city, Gloucester’s historic Guildhall is the cultural hub of the city and a vibrant venue home to an exciting programme of music, comedy, film, workshops and theatre with spaces available for meetings, conferences and private hires.

It was originally built in 1890 and opened in 1892 on the site formerly occupied by Sir Thomas Rich’s Blue Coat School. On the ground floor it housed offices for the town clerk, accountant, surveyor and other officials. With council chambers, committee rooms, the Mayor’s parlour and a public hall on the first floor. The Mayor’s Ball was held each year in what is now the theatre and remained in use for council meetings and as the Chief Executives’ offices until 1985.  A large scale refurbishment went ahead between 1985 and 1988, turning the place into a lively venue, and Gloucester Guildhall has been entertaining, educating and invigorating the area ever since.

Awarded winner of Live Music Venue of the Year 2020 and highly commended Live Music Venue of the Year 2019 in the SoGlos Gloucestershire Lifestyle Awards, and being shortlisted for NME Magazine's ‘Best Small Venue’ in 2015, Gloucester Guildhall has played host to some of the finest names on the national music circuit including Radiohead, Muse, Primal Scream, The Subways, Lily Allen, Pete Doherty, Ash, and many more. As well as that, some household comedians including Frankie Boyle, Andy Parsons, Dara O’Brien and Jeremy Hardy have been through the doors. Public figures such as Germaine Greer, Tony Benn MP, Peter Hook, Sir David Frost, Ann Widdecombe MP and Alexei Sayle have also visited the venue.

Prices will depend on the event. Tickets range from £6 onwards.

If you arrive by train, come out of the RailwayStation and cross Bruton Way and walk walk through the Gloucester Transport Hub on to Station Road and continue forward in to Clarence Street. At the end of Clarence Street turn right in to Eastgate Street. The Guildhall is just up on the right in between Dorothy Perkins and Lloyds Bank.