You are here: Things To Do > Berkeley Castle 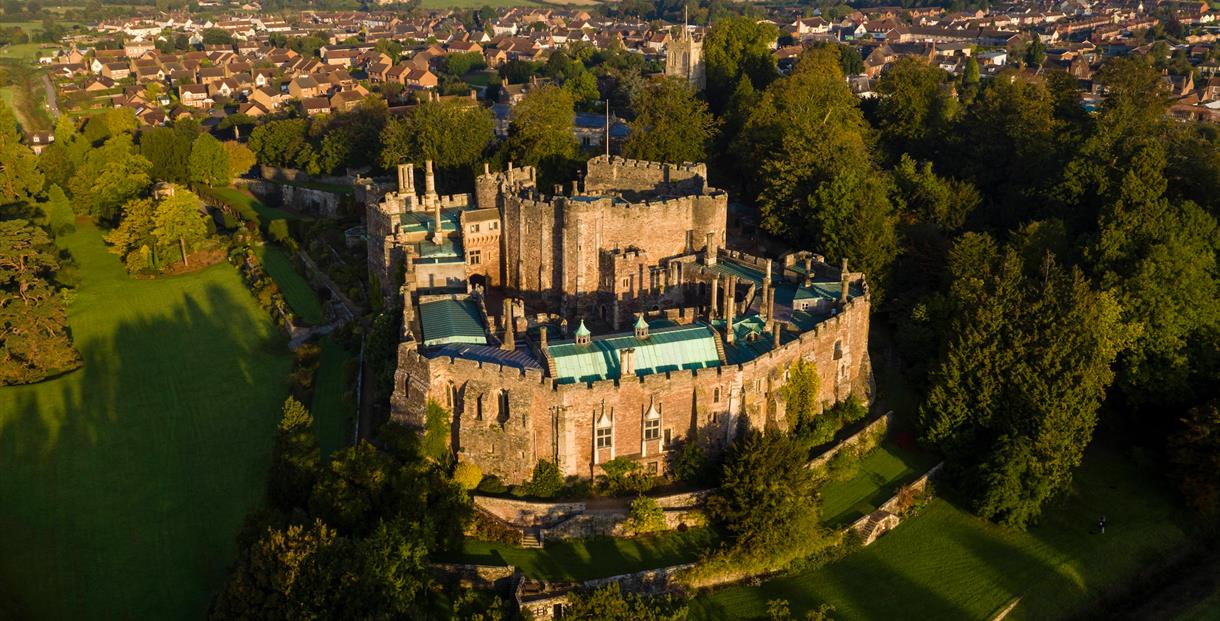 Berkeley Castle is a beautiful and historic Castle, begun in 1154 and still the home of the Berkeley family. It is a great day-out for all the family, hosting special events during school holidays and throughout the year. Awarded TripAdvisor's Certificate of Excellence for the last five years.

The Castle, which dominates the Vale of Berkeley, is steeped in over 860 years of British history. It is best known as the scene of the brutal murder of Edward II in 1327 and for being besieged by Parliamentary troops in 1645. Over 24 generations of Berkeley’s have gradually transformed a Norman fortress into the lovely family home it is today.

The state apartments contain magnificent collections of furniture, rare paintings and English and continental tapestries. Some of the world famous Berkeley silver is on display in the Dining Room and many other rooms including the Great Hall, the Morning Room (the former mediaeval chapel, with its unique painted ceiling) and the kitchens are available to view.

The Castle is open to visitors from April – October, on selected days. Visitors can join a free guided tour of the Castle with one of the experienced Tour Guides which lasts just over an hour.

The Castle is surrounded by lovely terraced gardens with flower borders, a lily pond, Elizabeth I’s bowling green and sweeping lawns. From May-September, the visit also includes the tropical Butterfly House in the Walled Garden, which is a tranquil environment for over twenty-five different species of tropical butterflies. Garden enthusiasts can enjoy a stunning display of roses and many rare plants and flowers in Berkeley Castle’s magnificent terraced gardens in June and July with admission included within the entry cost to the Castle.

The Tea Room, also in the walled garden, serves morning coffee, light lunches and lovely cream teas. The Yurt is open from 10:30am on the same days as the Castle.

The Castle is open all year round for weddings, receptions and private hire. Also during the summer, since 2005, the University of Bristol undertake an archaeological dig in Nelme’s Paddock within the Castle Grounds. Overseen by Dr. Stuart Prior (Channel 4’s Time Team) and Prof. Mark Horton (BBC TV’s Coast), the dig has proved fascinating and now includes areas within the grounds of Dr Jenner’s House and St. Mary’s churchyard.

The Castle has also been used on many occasions for filming and has been involved in TV dramas such as The Other Boleyn Girl, Nostradamus, Dick & Dom, Father Brown, BBC 2's Wolf Hall, Poldark-series 2, 3 and 4, The White Princess and Johnny English 3. In addition Berkeley Castle has been used for documentaries such as Princes in Waiting, Great Country Houses, Dead Famous and Horse & Country TV’s epic, ‘Berkeley – An English Country Estate’.

Berkeley Castle is located in the historic town of Berkeley which is located just off the A38 between Bristol & Gloucester on the edge of the Cotswolds and is only half an hour from the city of Bristol.

Find out about the latest on the roads and get travel directions from <a target="new" href="http://travelwest.info/visit">TravelWest.info <br /></a>

For comprehensive information about getting here by public transport, please visit <a target="new" href="http://travelwest.info/visit">TravelWest.info <br /></a>