You are here: Shopping > Kuoni 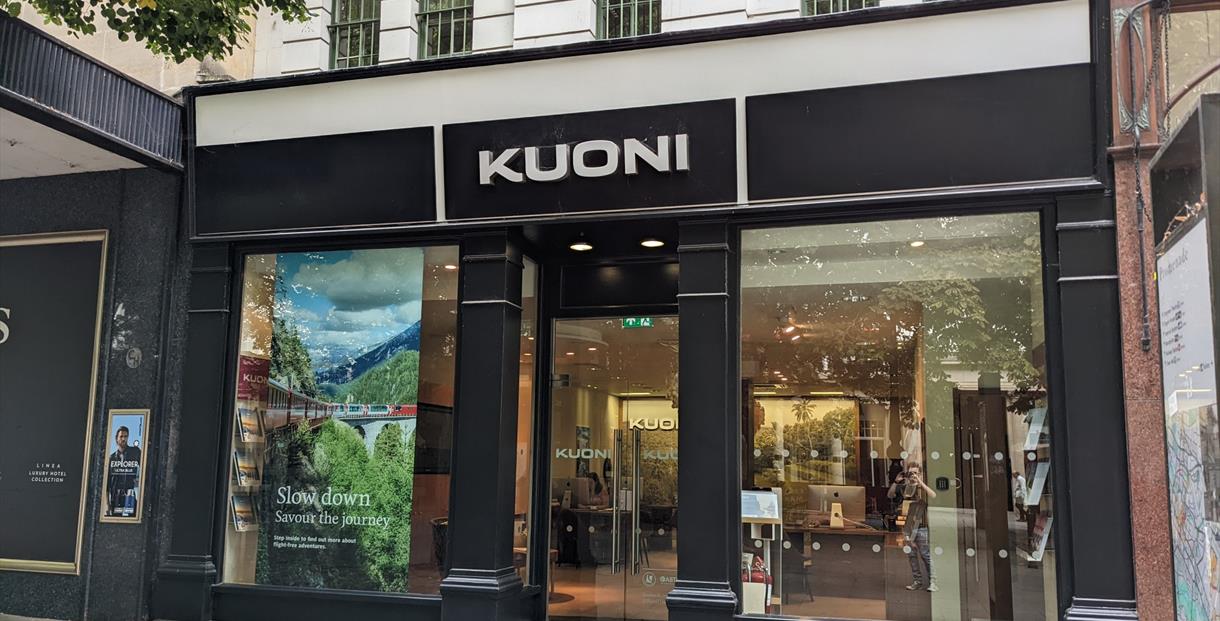 Kuoni are the experts in luxury, tailor made holidays in over 90 countries including the Maldives, Thailand, Mauritius. Located on a prime spot on the historical Promenade, Kuoni Cheltenham is very convenient to pop to whilst shopping or dining in town.

Cheltenham's famous Promenade dates back to 1818 at the height of the Regency period, when the avenue of elms and horse chestnut trees was first planted. It was initially a marshy, boggy track near some of the natural springs common to the area, until the much heralded Sherborne Spa (later Imperial Spa) was built for wealthy guests, at the site where the Queen's Hotel now resides*. The spa was surrounded by pleasure gardens (most of which are still preserved as the Imperial Gardens), and the Promenade was transformed into a tree-lined avenue as a place to 'Promenade' and see or be seen. Initally, the tree-lined avenue was undeveloped, but by 1820, building had started in earnest with what we now know as the Municipal Buildings.

The Cheltenham Promenade now has a reputation as one of the best preserved and most beautiful thoroughfares, and is now a nostalgic modern hub with smart cafes, shops and bars blending in with a historic facade. A poll by Google in 2011 is said to have named the Promenade in Cheltenham as one of the top five shopping streets in the UK.

Flanking the traditional tree-lined walk is the colourful Long Gardens, just in front of the Municipal Buildings. These gardens are laid out with an ever-changing display of ornamental bedding plants and is accented at one end by the Statuesque Neptune Fountain, modelled on the Trevi fountain in Rome and was added in 1893. The Long Gardens are also home to a commemorative statue of explorer Edward Wilson, built in 1906, who was born in Cheltenham and died on Scott's ill-fated Antarctic expedition of 1910-12. You will also be able to see the imposing cenotaph of Cheltenham's War Memorial here too.

*The Sherborne / Imperial spa itself was modelled on the Temple of Jupiter in Rome, by local architects the Jearrad Brothers. It was dismantled in 1947 when the spa ran out of water, and the Queen's Hotel was built in its place and opened a year later at a cost of £47,000.