You are here: Information > Product Catch All > Tewkesbury 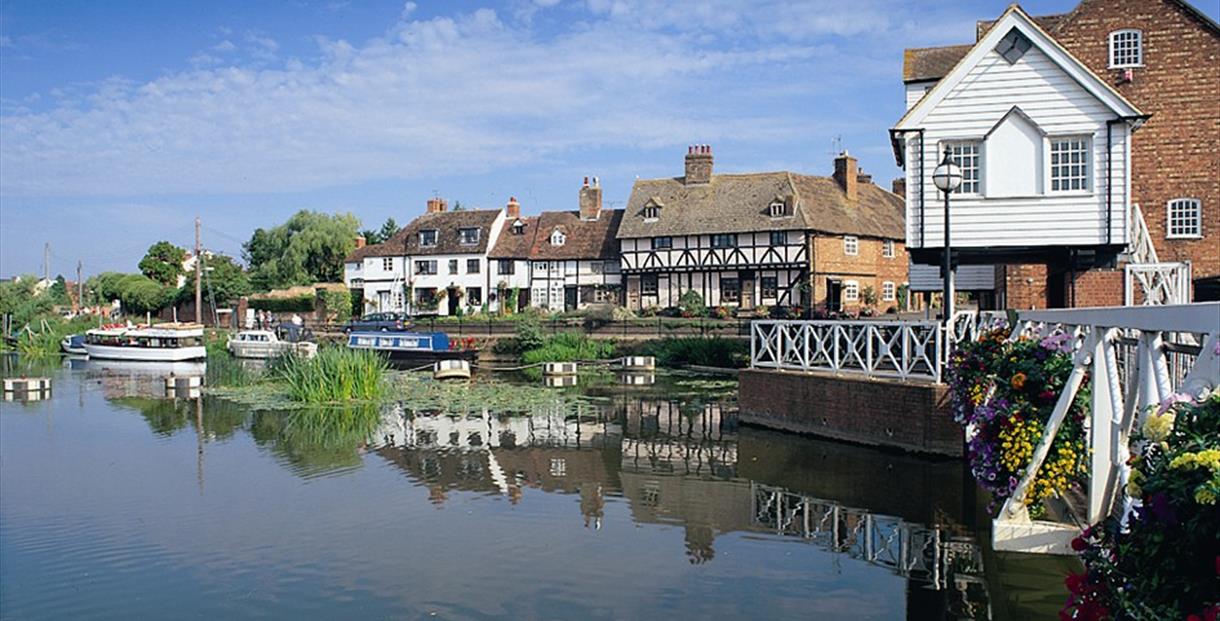 Situated where the Rivers Severn and Avon meet, Tewkesbury has a character all of its own and is one of the few places in the Cotswold area where you will see black and white half–timbered buildings.  In fact, there are almost 400 listed buildings and this makes it popular with visitors who also enjoy spending time on the riverbanks, visiting the heritage centre and admiring the elegant Abbey.

Tewkesbury is an ancient settlement at the meeting of the Rivers Severn and Avon.  Here you will see one of the best medieval townscapes in England with its fine half-timbered buildings, overhanging upper storeys and narrow alleyways.

The beautiful Norman abbey, built in the early 12th century, dominates the town and in 1471 the fields to the south saw the penultimate and decisive battle in the Wars of the Roses leading the House of York to power.  Today, the battle is re-enacted at the internationally renowned Medieval Fayre in July.

In the past, mustard making (Shakespeare’s character Falstaff has the line ‘Wit as thick as Tewkesbury Mustard’), brewing and malting, pin making, boat building and the framework knitting of stockings were at one time major industries.

Today, you can enjoy medieval streets and a lovely riverside setting.  A stroll down charming Church Street can take you back to an age when half-timbered houses were crammed into any available space and Tewkesbury’s famous alleyways were developed.  There are around 30 delightful alleyways remaining open today and take you on a journey of discovery by linking the main streets to the river and beyond.

Tewkesbury has something to offer everyone from great local food dining in many of the cafes, bistros or pubs, excellent shopping at a range of independent shops, to accommodation at a variety of places to suit your needs.  The rivers can be enjoyed by all – whether it’s a leisurely stroll along the banks, a fish and chip lunch watching the wildlife, or a relaxing cruise watching the world and beautiful scenery go by.