You are here: What's On > Cheltenham Cricket Festival 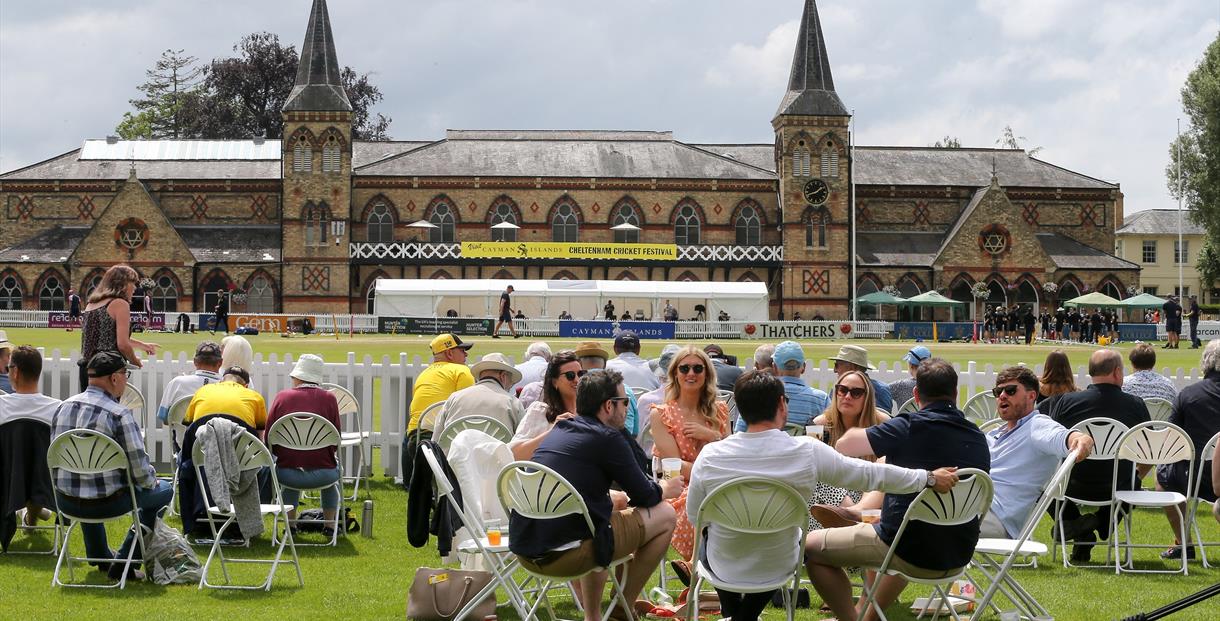 The Cheltenham Festival, which is celebrating it’s 150th anniversary this year, commences on Tuesday 19 July when The Shire face Hampshire in Division One of the LV= Insurance County Championship. At this years Cheltenham Cricket Festival The Shire will also be playing a Royal London Cup match against Warwickshire on Tuesday 2 August. Western Storm will be playing in Cheltenham against South East Stars.

Cayman Islands Department of Tourism (CIDOT) will once again bring a flavour of the Caribbean to Gloucestershire as the headline sponsor of the Cheltenham Cricket Festival. 2022 will be the second consecutive season CIDOT has been the main sponsor of the Festival having enjoyed a successful inaugural year at Cheltenham College.

A highlight of the summer, the Visit Cayman Islands Cheltenham Cricket Festival will be bigger and better this July as the Club prepares for the 150th anniversary of the longest running cricket festival in the world.

What is the Cheltenham Cricket Festival?

The Cheltenham Cricket Festival is one of the most loved events in the social and sporting calendar. The idyllic setting of Cheltenham College provides the perfect backdrop for cricket at the height of summer.

Gloucestershire have been playing in the stunning grounds of Cheltenham College for 150 years. It was started by James Lillywhite in 1872 with the first match being played against Surrey and was won by Gloucestershire. No other Cricket Festival in the world has been played on the same ground for that length of time and no other cricket festival in the world lasts for twelve days or more.

The ground’s idyllic setting has provided a perfect backdrop for the Festival throughout its history, a great attraction for cricket fans, new supporters and big cricketing stars.

Whether you’re an avid cricket fan or a first timer, the festival is the perfect opportunity to entertain clients, treat friends and family or reward staff to a fantastic day out. You can expect a fantastic atmosphere.

From South: from Cirencester (A435) continue to junction with A40, turn left on to A40 and continue on this road to Cheltenham College.

From East: follow A40 towards Cheltenham town centre, the College is on this road.

Parking - Parking is at the College Lawn Entrance of the ground, please note, this car park can only be used if a parking pass has been purchased.