You are here: Information > Product Catch All > Broadway 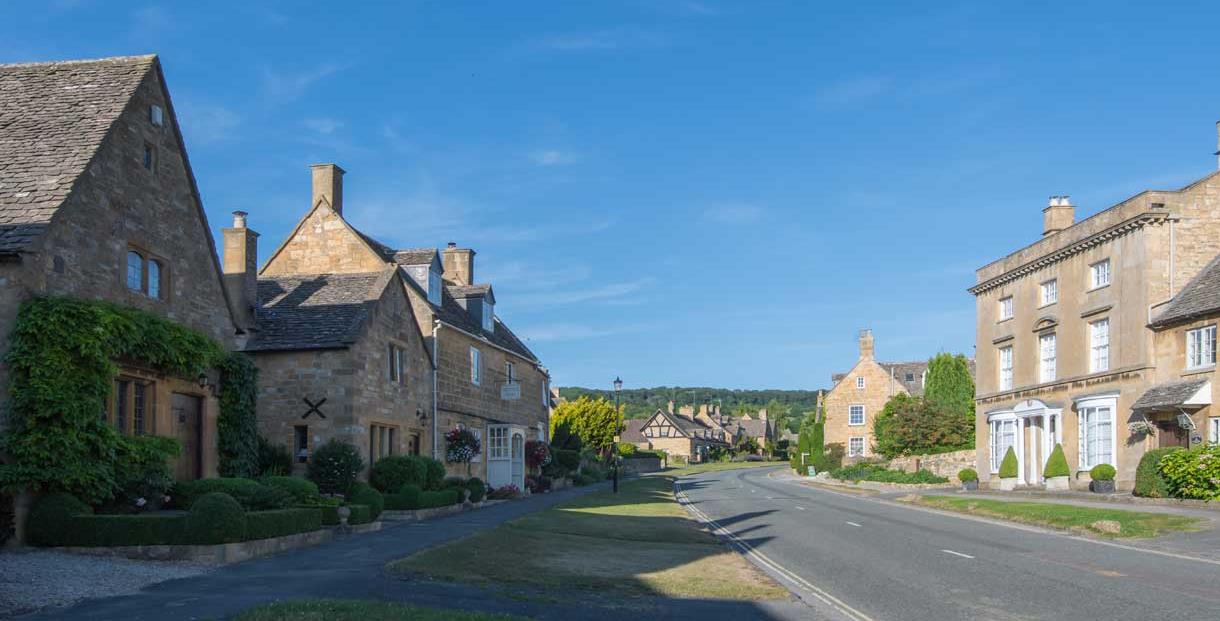 Picture perfect with the honey-coloured stone buildings of the Cotswold, Broadway is one of the most picturesque of the Cotswold villages. Broadway has attracted visitors from around the world for centuries and with its chocolate box looks you could be stepping on to a film set. With a wide range of antique and high quality shops, spectacular scenery and with lovely hotels in Broadway, UK breaks don’t get much better than this. The Cotswolds Broadway is delightful at any time of the year and Cotswolds Broadway B&Bs are a plenty.
Fish Hill provides the impressive backdrop to Broadway and on top stands Broadway Tower, a 65 foot (20m) high folly, built by the Earl of Coventry in the 18th Century. From the tower spectacular views of 12 counties can be enjoyed.