You are here: What's On > Cheltenham Music Festival

Venues in and around Cheltenham
Gloucestershire
GL52 3JE

Cheltenham Music Festival has organised an action packed 10-day Festival taking place between 2-11 July. After having to cancel last year’s Festival due to the pandemic, the Festival is back with a full programme featuring symphony orchestras, world-class ensembles, star soloists, world premieres and up-and-coming talent, and includes films, talks and a musical ramble around Highnam in the footsteps of Hubert Parry. Concerts with socially-distanced audiences are taking place in venues in and around Cheltenham, including the Classic FM Stage in Cheltenham Town Hall, Cheltenham Playhouse, Parabola Arts Centre, Gloucester Cathedral, St Gregory’s Church and Pittville Pump Room.

9-11 July will see the return of the hugely popular Free Music Weekend, which will host an array of acts in Imperial Gardens across the weekend, showcasing a wide range of artists from the worlds of classical, jazz, indie, folk, Americana and beyond.

Classical Mixtape comes to Gloucester Cathedral, including a tribute to the Gloucestershire Regiment’s 70th Anniversary of the Battle of the Imjin River and those lost to the pandemic over the past 18 months.

21 World premieres including a work giving voice to the asylum seekers caught up in the US government’s controversial family separation policy and a live digital performance of Ballad of a Changing World, focussing on climate change.

41 schools have already signed up to watch the digital Concert for Schools presented by YolanDa Brown which will introduce over 6,700 school children to jazz and classical music.

Camilla King, Head of Programming at Cheltenham Music Festival, commented: “I am tremendously proud that our team will bring world-class performances to Cheltenham this summer. For those who love classical music, whether professional or amateur performers, creators or audiences, it has felt that the industry is standing on a precipice. I have no doubt that, as the first note sounds in our beautiful Cheltenham Town Hall for the first time in nearly 18 months, it will be an unforgettable experience.”

Full festival details can be found at www.cheltenhamfestivals.com/music

What is Cheltenham Music Festival?

Celebrated since its inception in 1945 for championing new music, Cheltenham Music Festival is all about high-calibre performances, magnificent venues and a huge variety of music – from symphonic grandeur to the intimacy of chamber music, and from sublime choral experiences to brand new musical adventures. With excursions into world music, film, dance, the visual arts and the spoken word, it’s a musically-centred cultural banquet that has few equals in the UK.

Car parks are situated in various locations around Cheltenham. Cheltenham is likely to be very busy during the Festival periods so please make sure you arrive in plenty of time and plan your parking arrangements in advance. If at all possible, use public transport to travel around the town centre.

If arriving by car we recommend that you use Cheltenham’s Park & Ride service, this is located at Arle Court (GL51 6SY, near M5 Junction 11) and Cheltenham Racecourse (GL50 4SH). Parking is free, and the service runs every few minutes into the Town Centre; but please note that times vary on Sundays.

PLEASE NOTE: Park & Ride services are not operated by Cheltenham Festivals and do not drop off directly at Festival sites.

Stagecoach run regular services locally and to nearby town and villages – for route maps and timetables, visit stagecoachbus.com/cheltenham.

RT @PolyphonyArts: @CheltMusicFest Head of Programming Camilla King @millkingmusic on their spectacular varied programme &amp; why she bel… https://t.co/Xl3qJODP0h
19 Jun 2021   15:00:21
RT @_insideoutmedia: @PolyphonyArts @millkingmusic @CheltMusicFest She made some interesting points. She is right that it is a fragile time for musicians.
19 Jun 2021   15:00:17 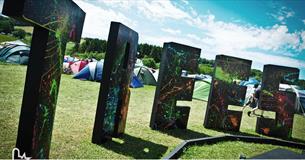