You are here: What's On > Roy Orbison and the Travelling Wilburys Experience 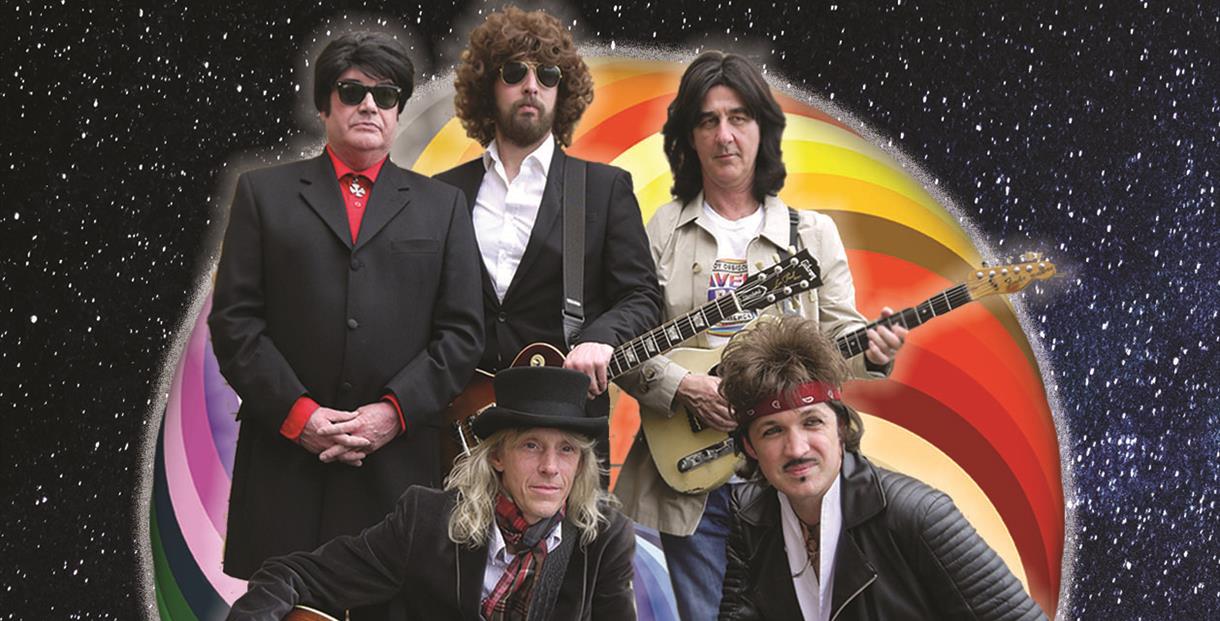 Now in its ninth successful year of touring, hit production "Paul Hopkins' Roy Orbison & the Traveling Wilburys Experience has wowed audiences with their uncanny visual, vocal and musical resemblances to the original band members. And with the Traveling Wilburys never actually going on tour – perhaps partly due to the untimely death of Roy Orbison – this is a wonderful chance to enjoy a live Traveling Wilburys Experience.
Formed eight years ago by Paul Hopkins (who plays Roy Orbison), the band is a group of extremely talented Look-alikes and Sound-alikes who play in an easy relaxed style, with great respect for each other's talents – much like the original Wilburys. Hopkins, who has performed his tribute to the "Big O" for twenty years, is joined by Mark Pearson (who plays George Harrison), Aubrey Robinson (Bob Dylan), Buddy Baker (Tom Petty) and Red Litchfield (Jeff Lynne).