You are here: What's On > Relatively Speaking 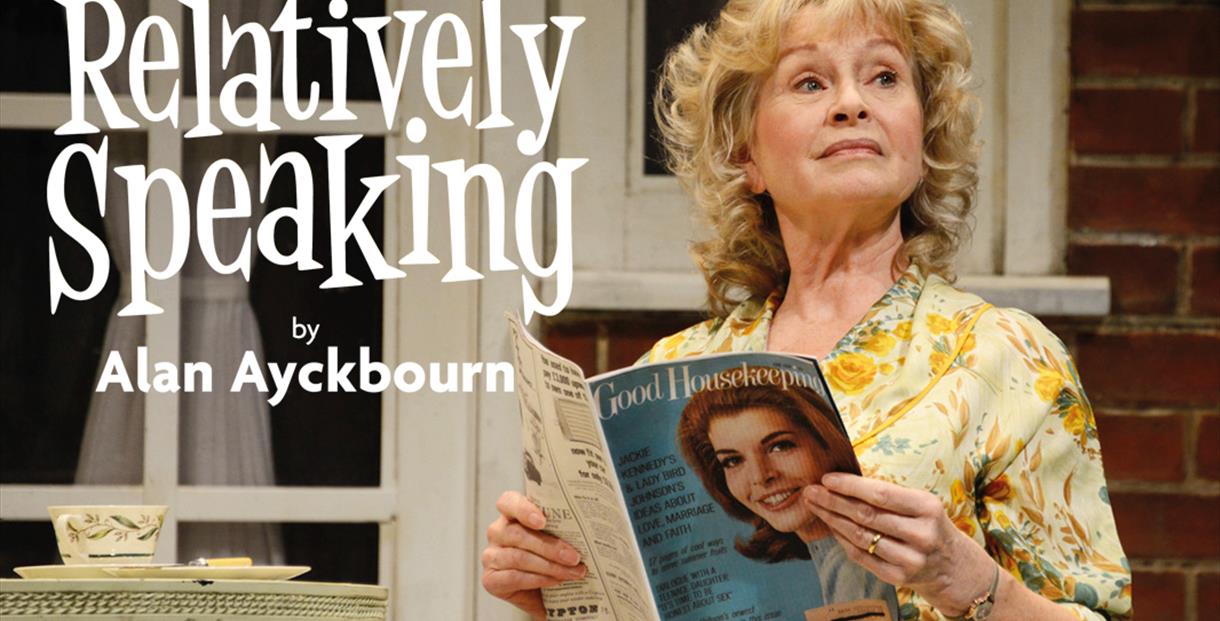 It made him a household name, with critics hailing the arrival of a great new comic talent and Noël Coward himself praising the young writer on creating "a beautifully constructed and very funny comedy".

Greg only met Ginny a month ago but has already made up his mind that she's the girl for him. When she tells him that she's going to visit her parents, he decides this is the moment to ask her father for his daughter's hand. Discovering a scribbled address, he follows her to Buckinghamshire were he finds Philip and Sheila enjoying a peaceful Sunday morning breakfast in the garden, but the only thing is, they're not Ginny's parents…

Liza Goddard is one of the UK's favourite actresses. Her extensive range of Ayckbourn credits incudes Life of Riley, Communicating Doors and Season's Greetings. Her television work includes cult classics Doctor Who and Bergerac. Antony Eden has recently been seen in the West End in Harry Potter and the Cursed Child and The Woman in Black and starred in previous Ayckbourn comedies Family Album, A Brief History of Women and Ten Times Table.