You are here: What's On > Red Hot Chili Pipers 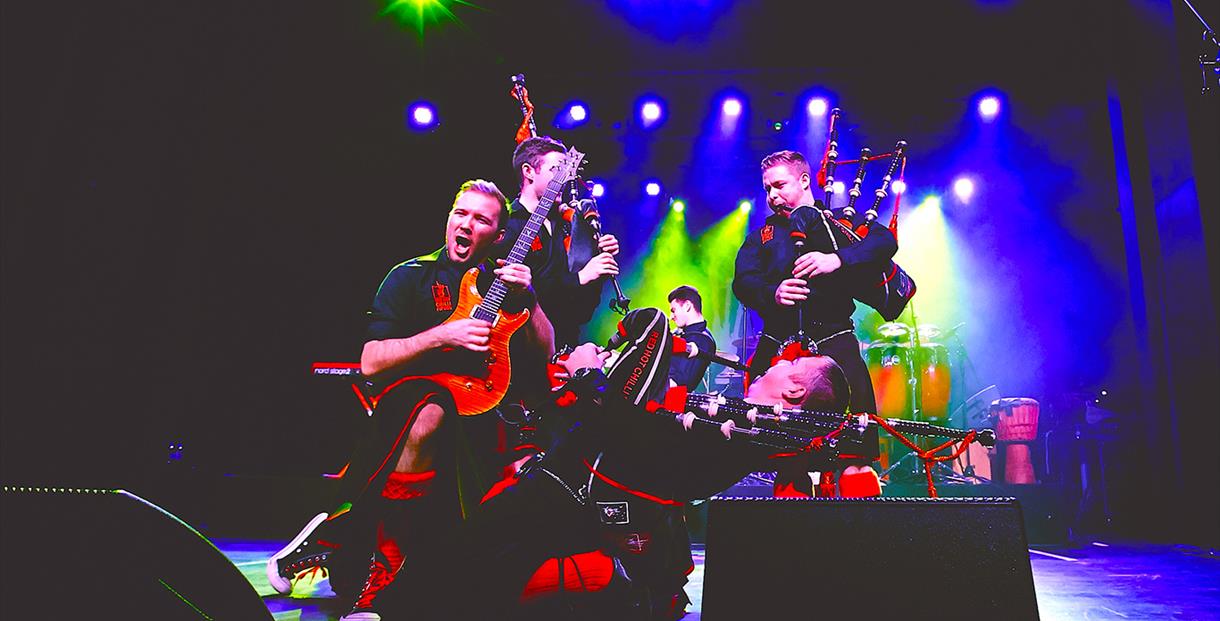 Message from the Cheltneham Town Hall team - Please note this event has been recheduled to Thursday 26th May 2022 due to the Coronavirus. Customers are able to keep their original tickets and attend the new date.

From a cameo appearance at T In The Park in 2004 with The Darkness, to opening the Main Stage in their own right in 2014, the past 10 years has seen The Red Hot Chilli Pipers become the most famous bagpipe band on the planet – ever!

Bagpipes with attitude, drums with a Scottish accent and a show so hot it carries its own health warning. The band's achievements have reached incredible heights with their ground-breaking fusion of traditional Scottish music and Rock/Pop Anthems which they proudly call Bagrock.

The Chillis have never been more in demand for their infectious style of feel-good music, which appeals right across the age range to people all over the world. They have a pool of the very best musicians from Scotland and across the globe – many holding World Championship Titles, and all serious players with impressive credentials and qualifications.

There has never been anything quite like The Red Hot Chilli Pipers. Wherever you are, you are sure to have felt the Chilli heat. It's time now to come closer to the fire!

Please note there is a £2 ticket commission fee included in the price of the ticket.

This event is not part of our usual group booking.