You are here: What's On > Band of Gold 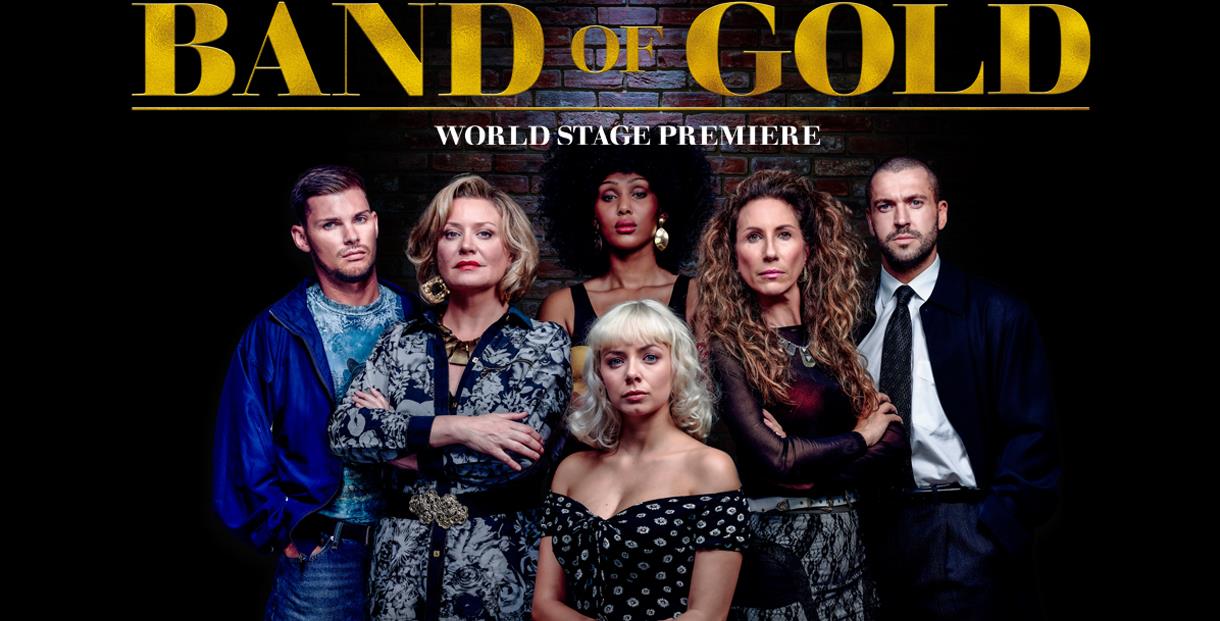 Following the huge, sell-out success of Fat Friends The Musical and the Everyman Theatre's production of A Passionate Woman, Kay Mellor returns to Cheltenham with the world premiere stage production of the multi-award winning TV series Band of Gold.

Band of Gold was the ground-breaking crime drama that captivated over 15 million viewers each week when it aired on ITV and revolved around a group of women – Carol, Rose, Anita and Gina. At times heart-breaking and humorous, Band of Gold tells the story of how a young mother is drawn into the notorious red-light district.

With a killer on the loose it's a battle to survive!
The three iconic female lead roles that were played by Geraldine James, Barbara Dickson and Cathy Tyson in the TV series, will be played on stage by Gaynor Faye (Emmerdale, Playing the Field, Calendar Girls), Laurie Brett (EastEnders, Waterloo Road, Les Misérables) and introducing Emma Osman. They will be joined by award-winning TV stars, Shayne Ward (Coronation Street, Rock of Ages, X Factor winner), Kieron Richardson (Hollyoaks, Heartbeat), Sacha Parkinson (Mr. Selfridge, The Mill) and Andrew Dunn (Dinnerladies, Coronation Street).
Don't miss your chance to be one of the first to see the world premiere production of Kay Mellor's thrilling new play.

★★★★★ "Kay Mellor has done it again! And has another hit on her hands." - WhatsGoodToDo

★★★★ "An incredibly enjoyable night at the theatre." - Manchester Evening News

★★★★★ - "A theatrical experience not to be missed." - Entertainment Views

"If you were a fan of Kay Mellor's TV series you will love it! In fact, even if you didn't see the TV series, you'll love it!" - North Leeds Life