You are here: What's On > Aggers & Tufnell 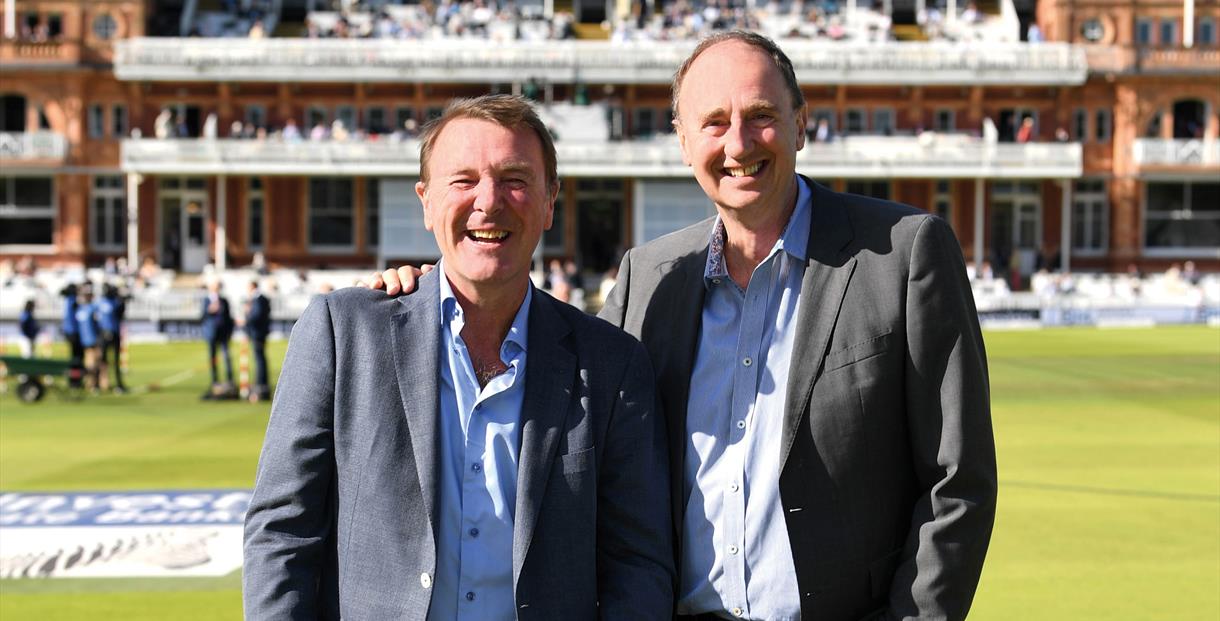 Since 2016, An Evening With Aggers and Tuffers has been selling out theatres all over the country. With Aggers' Boycott-baiting wind-ups and Tuffers' tall tales of global misdeeds, this is an unbeatable evening for cricket fans and non-aficionados alike.

Tuffers was the bad boy of English cricket in the 1990s, but the best spinner – left-arm or otherwise – as well. Known as The Cat because of his love of dressing-room naps and, rarely seen without a beer and a cigarette, Tufnell has always been something of a folk hero.

Since retiring, he has carved out a successful TV career, appearing in I'm A Celebrity, Get Me Out of Here, The Jump, Strictly Come Dancing and Matt Dawson's opposing team captain in BBC's A Question of Sport. From September to December 2021, he toured A Question of Sport Live – Lap of Honour Tour, in which Sue, Matt and Phil bid a fond – and tearful – farewell to around 50,000 adoring fans in arenas across the country.

In this fascinating, entertaining, no-holds-barred evening, you can also tweet Aggers with your own questions. Make them good ones!

The event is being run in aid of the Professional Cricketers' Trust and we are proud to raise money from the evening which goes to help past and present players and their families in times of hardship and upheaval.