You are here: Information > Product Catch All > The Logical Utilities Company 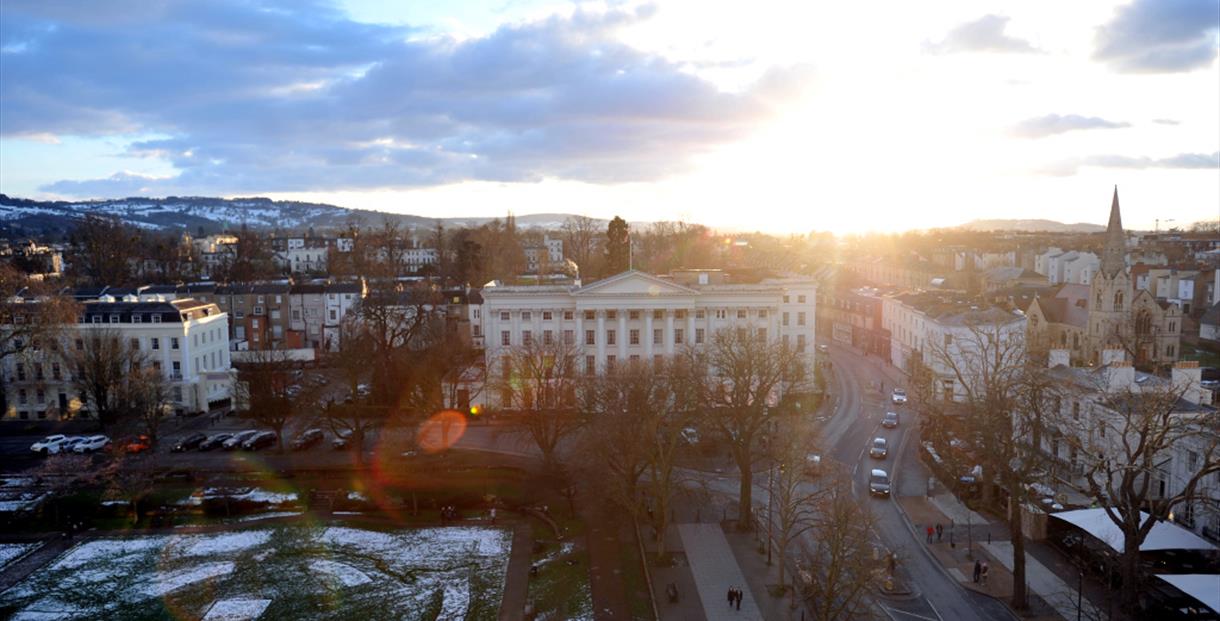 This historical building, located in one of Cheltenham's most sought after garden squares, is the headquarters for The Logical Utilities Company which was founded in 2009 and is now the UK market leader in energy consulting and support services specialising in multi-site and large commercial business sectors.

Imperial Square overlooks Imperial Gardens which were originally landscaped and planted as a pleasure garden for the wealthy users of the Sherborne Spa (later Imperial Spa) which was built and opened in 1818 on the site which is now the Queen's Hotel.

Over the intervening years, the gardens have undergone many changes, but still retain some of their original Regency features including the balustraded stone steps, and the central fountain. The formal style you now see was laid out just after the second world war, and each year, approximately 25,000 bedding plants are used to produce the magnificent floral displays enjoyed by thousands of visitors every year.

The gardens are flanked by extensive Regency facades, ironwork and imposing front steps. Of course The Queen's Hotel is not from the Regency Period, rebuilt in 1837 at a then, whopping cost of £47,000, but is very fitting of the era and location. During the summer months, Imperial Gardens becomes host to many outdoor events and festivals including the Literature, Jazz, Science and Music Festivals.